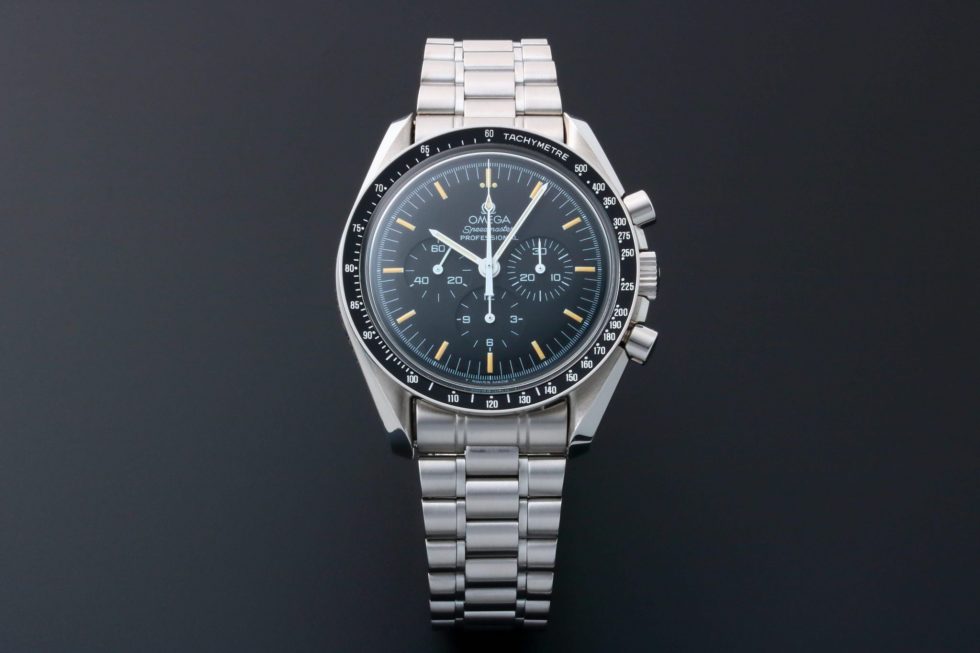 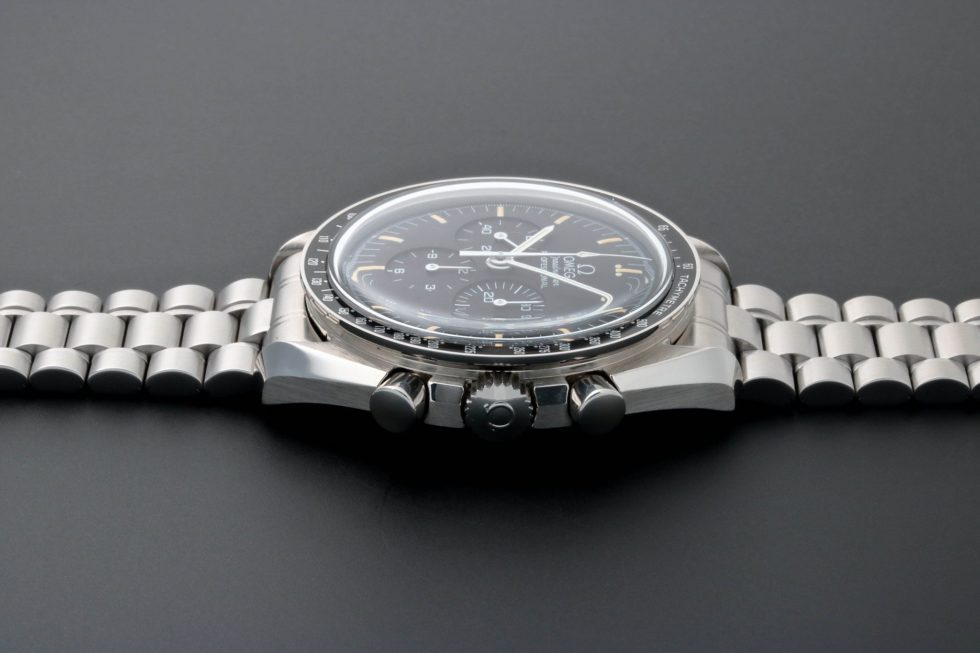 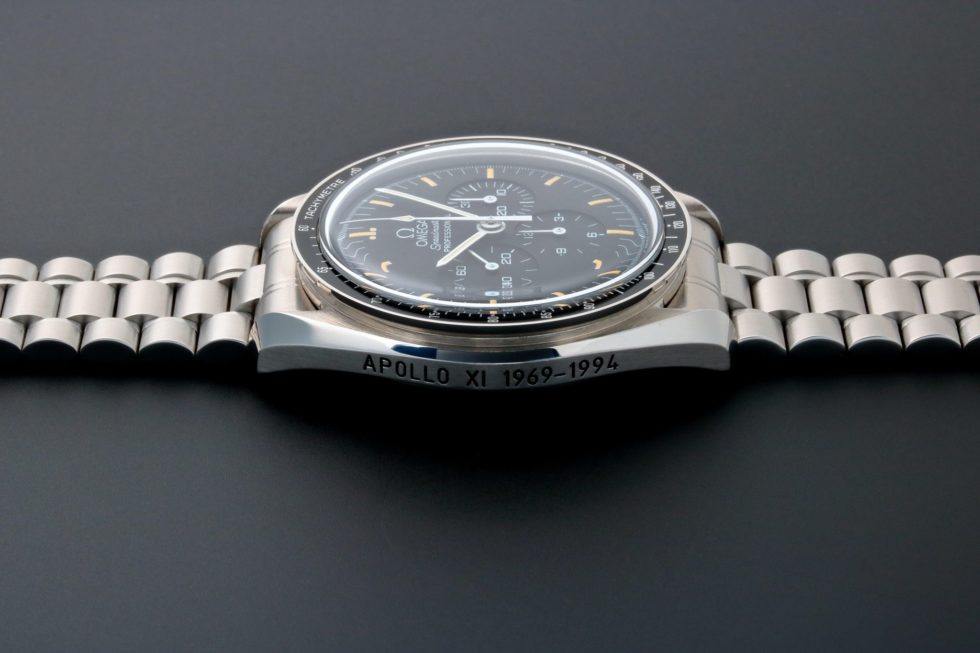 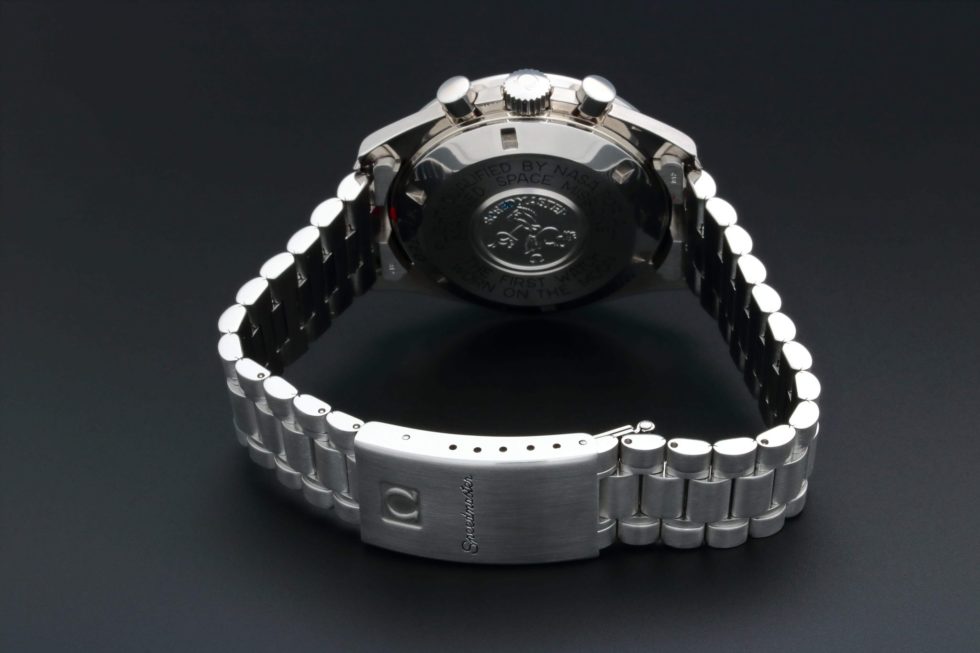 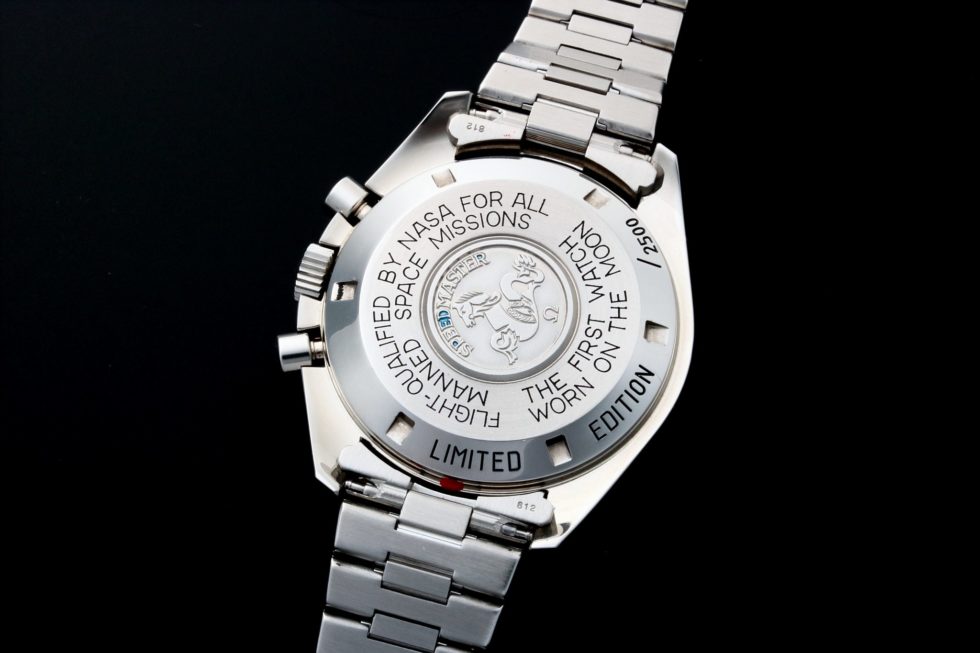 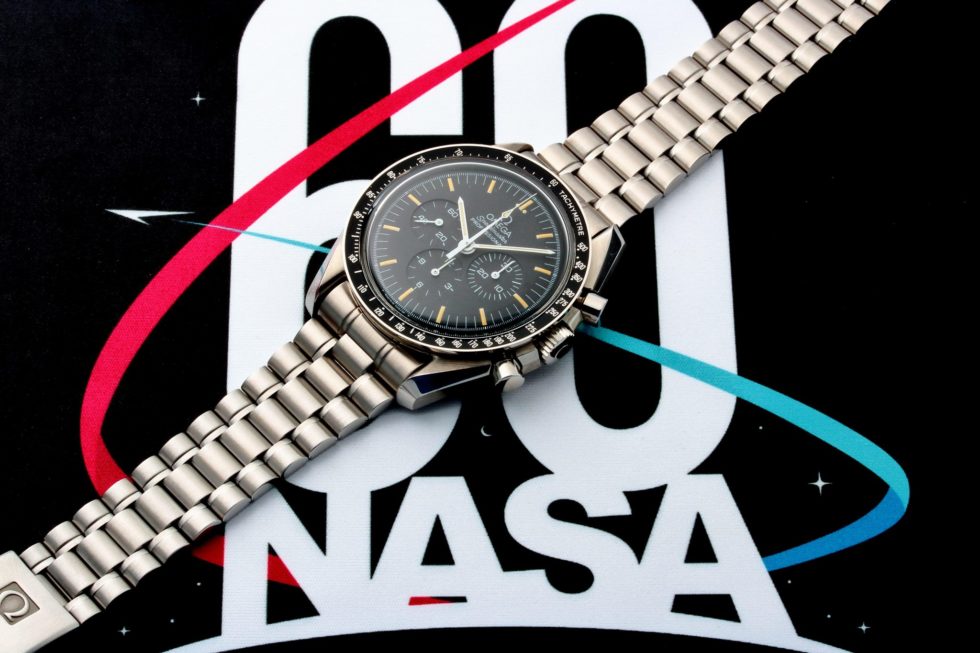 Limited edition men’s stainless steel Omega Speedmaster Professional 25th Anniversary Apollo XI Moon chronograph wristwatch, ref #ST345.0062.  Circa 1994  Limited edition of only 2500 watches to celebrate the 25th anniversary of astronaut Neil Armstrong`s landing on the moon.  Black Omega “T SWISS MADE T” dial with patina indexes, sunken sub-dials, outer minute/seconds, subsidiary dials for the seconds, and 12-hour and 30-minute registers.  White baton hands showing patina on the luminous.  Round button chronograph, engraved steel bezel with tachometer graduation to 500 UPH.  Omega hesalite crystal.  Swiss made, mechanical manual wind.  The side of the case is engraved “APOLLO XI 1969 – 1994.”  The case back is engraved LIMITED EDITION with the edition number out of 2500, in addition to FLIGHT-QUALIFIED BY NASA FOR ALL THE MANNED SPACE MISSIONS, THE FIRST WATCH WORN ON THE MOON.  It also has some remnants of the blue film on the word Speedmaster in addition to the red dot at the 6 o’clock position.  This is an indication that the case back has never been opened.  The back of the top left lug has a faint number engraving (possibility an inventory mark).  Comes on a stainless steel Omega bracelet #1479 with matching #812 end pieces.  Accompanied by an Omega watch box.  Approximate diameter is 42mm.