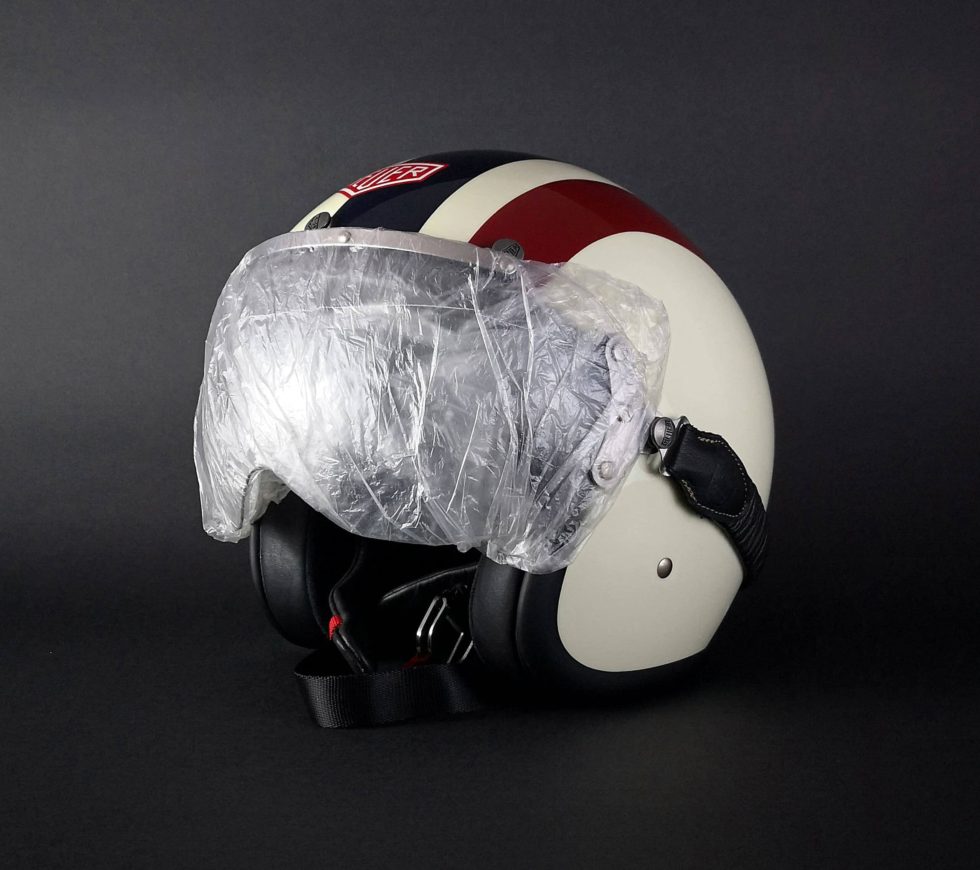 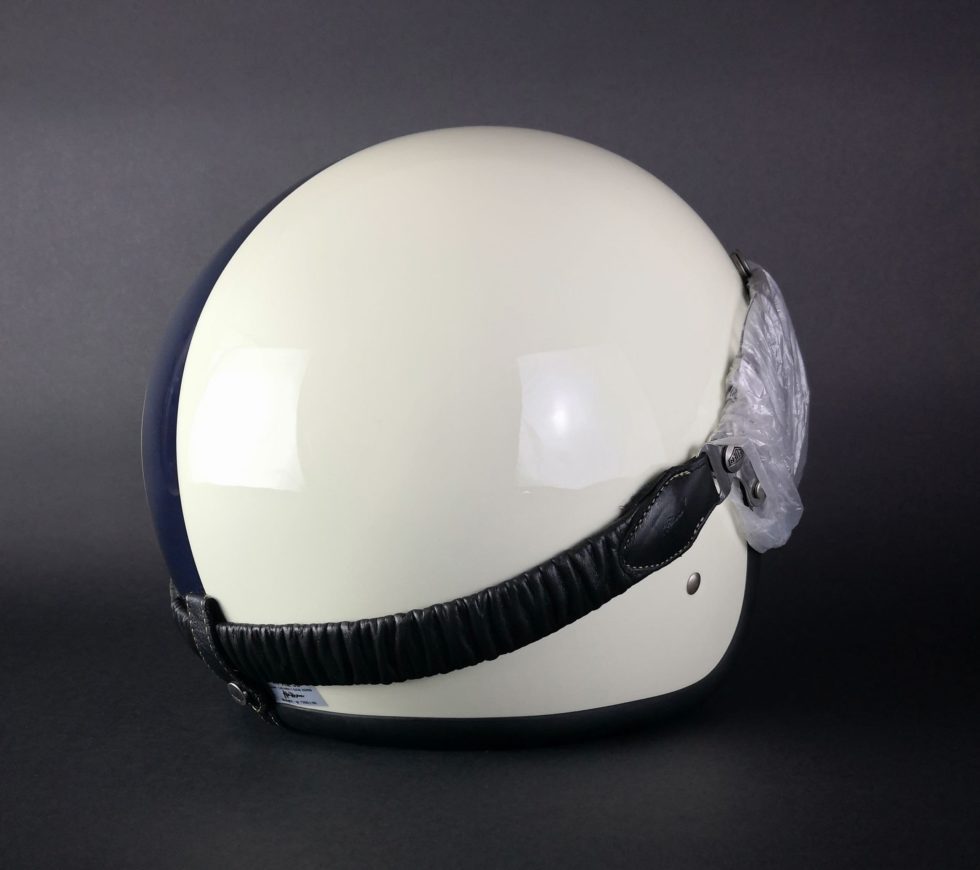 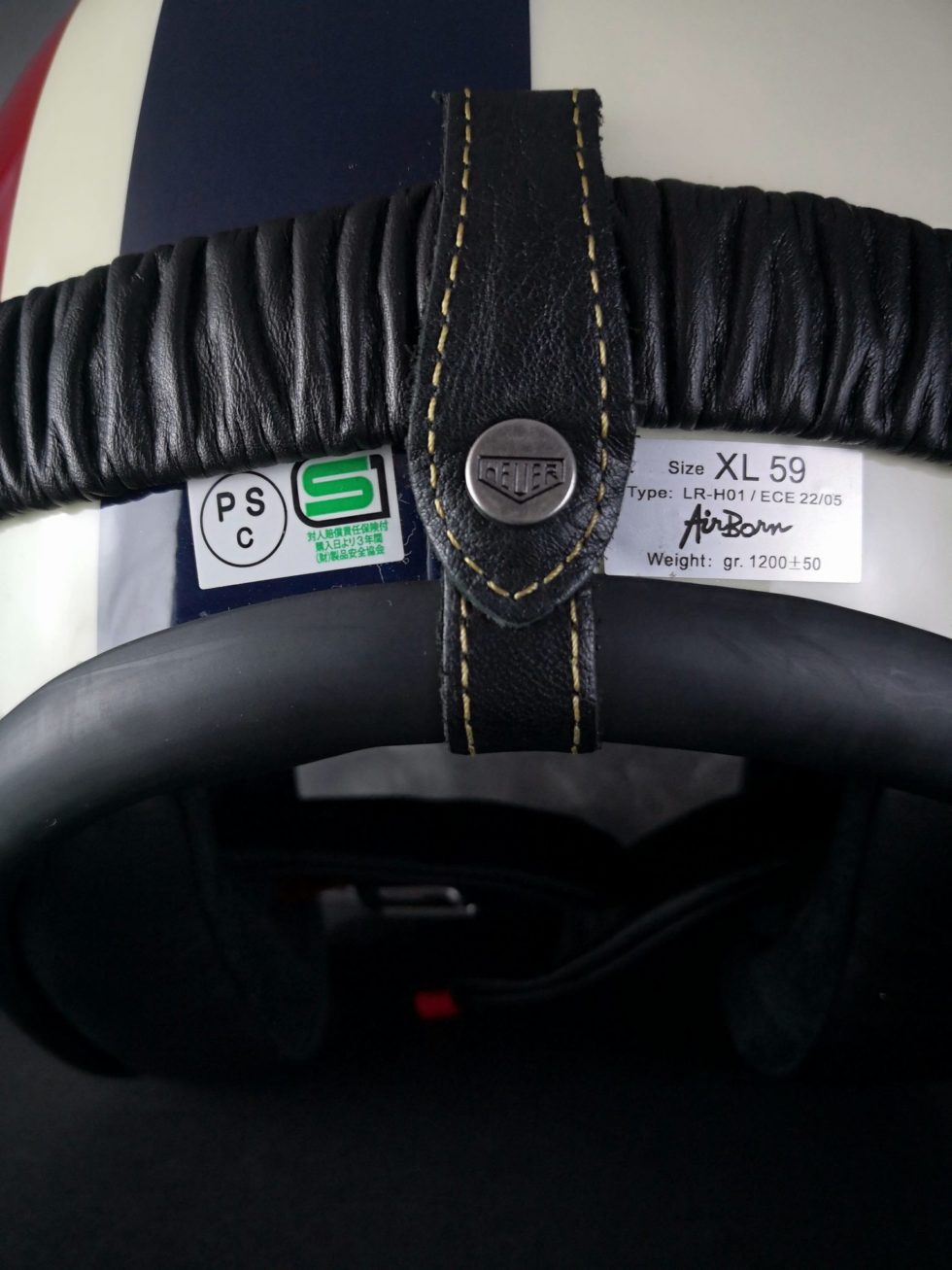 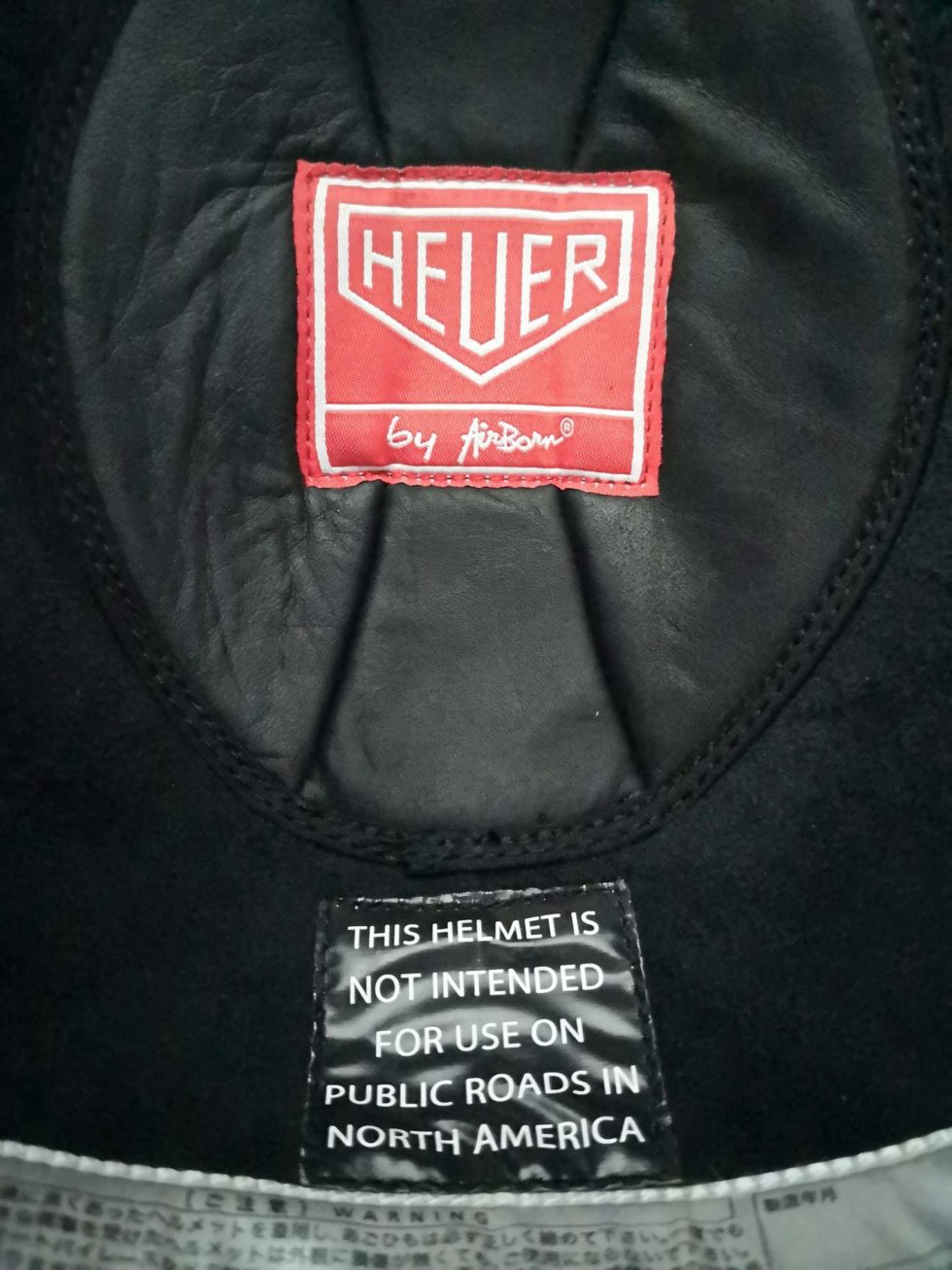 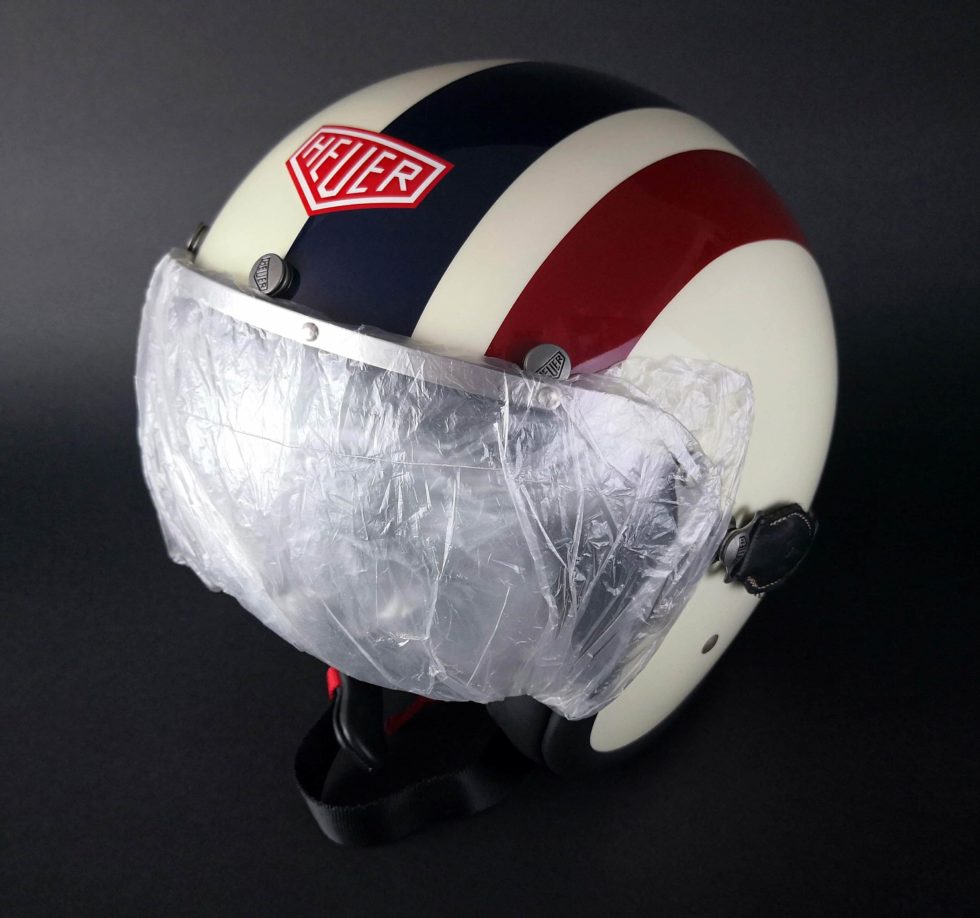 Fine and rare retro style Tag Heuer Monaco motorcycle helmet with visor.  Circa 2009.  Collaboration between Tag Heuer and French motorcycle helmet manufacturer, AirBorn, in celebration of the 40th Anniversary of Monaco. Red, white, and blue color scheme based on Steve McQueen’s driving suit worn in his 1971 movie “Le Mans.”  Helmet has a racing stripe, steel hardware, leather trim, and a vintage Heuer logo.  Size XL.  This helmet is NOT D.O.T. (Department of Transportation) approved and has a label inside the helmet stating “THIS HELMET IS NOT INTENDED FOR USE ON PUBLIC ROADS IN NORTH AMERICA.”  This helmet should be used for DISPLAY PURPOSES ONLY and is NOT intended for use on public roads.  By purchasing this helmet, you agree that you understand that this helmet is not DOT approved and cannot legally be used on the roads in the United States.  The helmet comes with a generic dust cover bag.

Appears to be in unworn condition.  The overall condition is excellent.