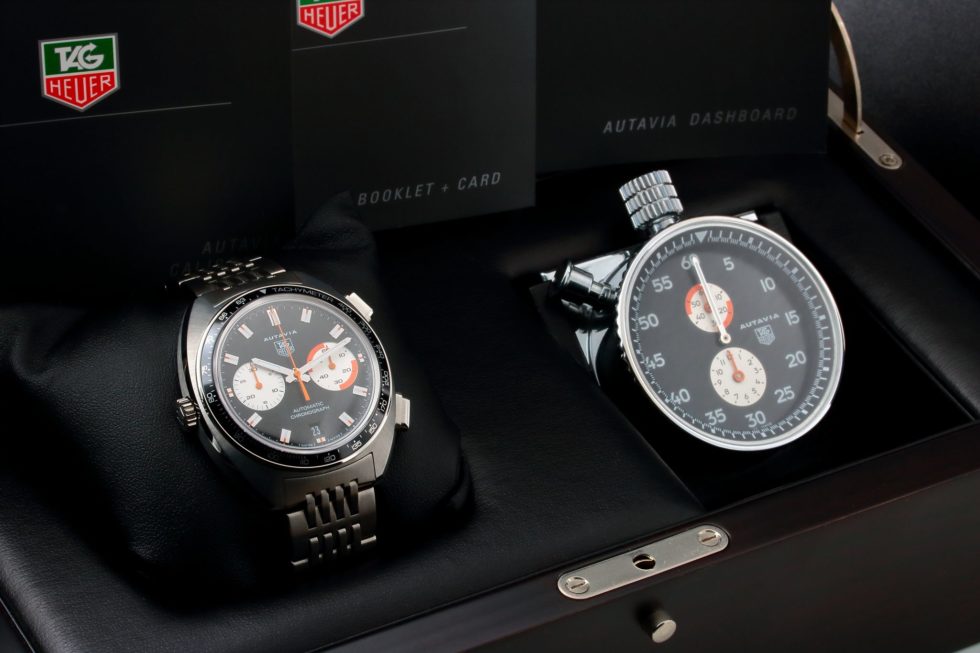 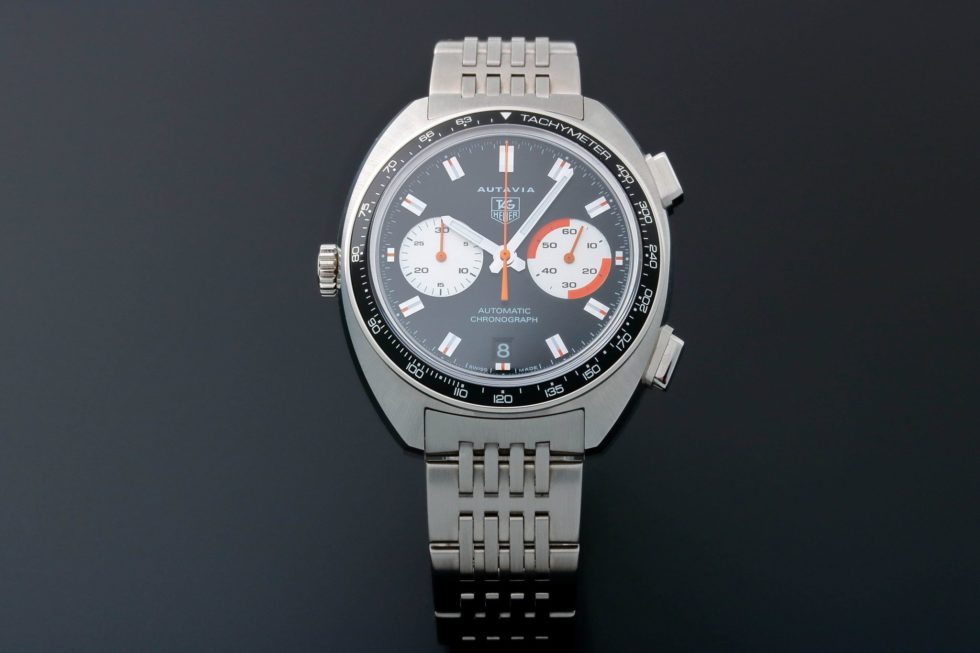 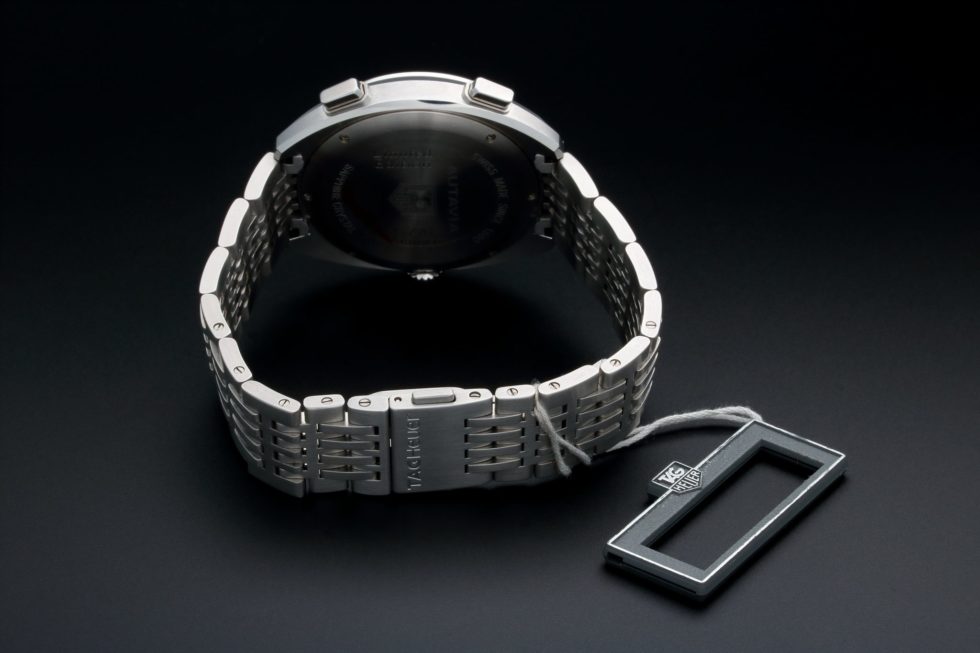 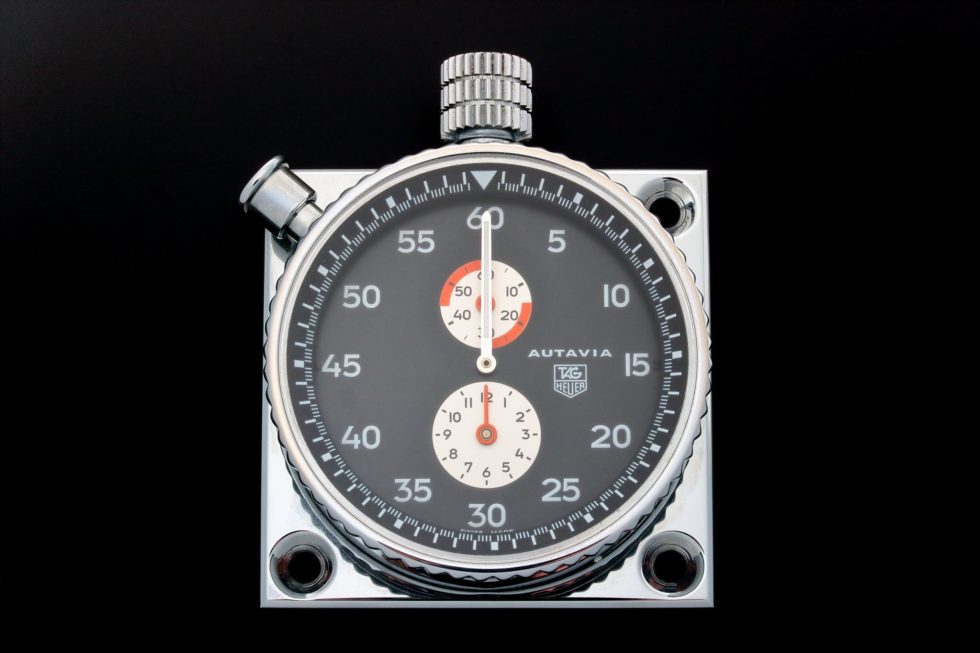 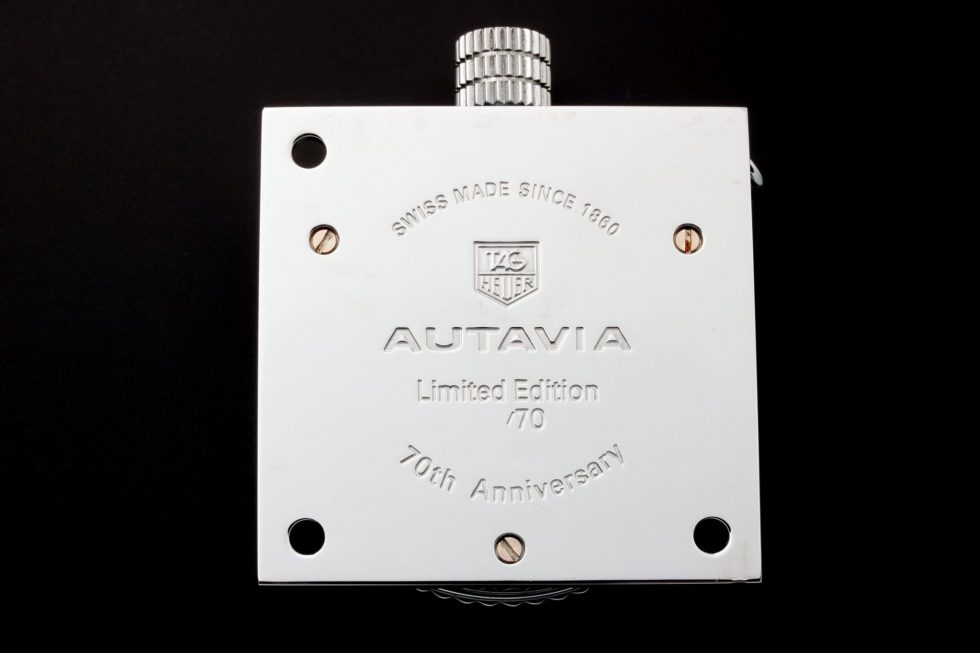 A similar limited edition Tag Heuer Autavia chronograph watch and dashboard set will be offered in our upcoming auction.  This set is the coveted Tag Heuer “Siffert Blue” version made as an homage to Swiss Formula 1 driver, Jo Siffert, who wore the Heuer Autavia #1163T in 1969.